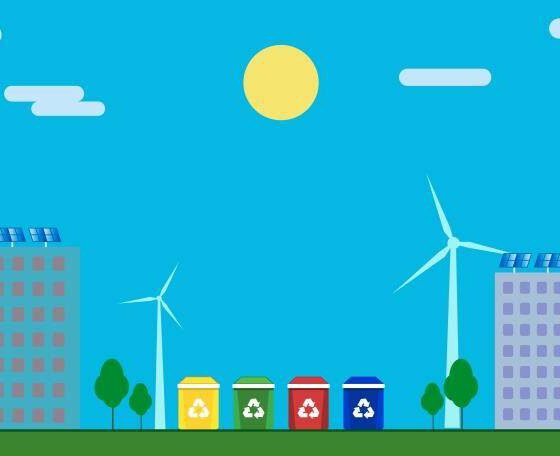 As people become more concerned about climate change and the future of the planet, many of them hear discussions of net-zero buildings. Are they essential to fighting the climate crisis?

What does it mean to have a zero-energy building? People can learn the answers to these questions — and more — with this helpful net-zero guide.

What Is a Zero-Energy Building?

Many people want sustainable buildings, which maximize the use of natural resources to minimize the impact on the planet. A net-zero, or zero-energy, building takes that goal to the next level.

A widely accepted definition is that the building is so efficient and reliant on renewable sources that the total energy it needs is equal to or less than the renewable energy produced at the site. Some organizations also call these structures zero-carbon buildings because the total carbon dioxide emissions equal zero or a negative value.

Net-zero homes are still relatively rare in the United States, with about 5,000 single-family houses that produce zero carbon. Some analysts believe the tides are changing, but not all at once.

For example, California now mandates that most new homes and multi-family residences up to three stories high must have solar panels, a step in the right direction in achieving a net-zero goal.

What Are the Benefits of a Zero-Energy Building?

When people think of the advantages of a net-zero building, the energy savings often come to mind first. Eliminating one’s dependence on the electrical grid is also appealing, especially for individuals who are concerned about price fluctuations.

Speaking of the grid, if a zero-energy building produces more energy than necessary, occupants can sell the excess to power companies as an income-generating activity. For example, the Unisphere is one of the largest commercial buildings in the United States. Since its design includes nearly 3,000 solar panels, all surplus power produced during the day gets sold to the grid.

A net-zero building can also be educational and help people feel influential to the future of the planet. Virginia’s Discovery Elementary School, for instance, is a net-zero facility. About 75 of its students take part in the Eco-Action Team, which has monthly meetings to teach young people about how to save energy, live healthily, consume less and other pertinent topics.

Buildings account for around 30% of greenhouse gas emissions globally, and carbon dioxide is one of the most abundant emissions. Therefore, a zero-carbon building trend could mean that structures earn a better reputation by helping the planet instead of hurting it.

Moreover, if a brand commits to reaching a zero-energy milestone by a specified time, it could become a leader for other commercial entities to follow. Fulfilling that role could be crucial if a company’s target audience is especially eco-conscious or the brand has made previous efforts towards sustainability and wants to maximize them.

What Challenges Exist for Net-Zero Buildings?

The quest to erect more net-zero buildings is not without its difficulties. One issue is that some corporations want to get behind a goal of achieving net-zero emissions by 2030 or 2050, but not all of them agree on what net-zero means. The definition given earlier in this guide is a frequently used one, but it still hasn’t achieved universal acceptance.

Relatedly, there is no single method for verifying and certifying greenhouse gas reductions achieved through net-zero emissions. Coming up with one would help companies figure out what they’re doing well and where there’s room for improvement.

People have complained that it’s fine to have net-zero goals, but the aspirations fall apart when companies don’t have a well-defined gameplan for reaching that distant objective. For example, Rio Tinto is a mining company that will make a $1 billion investment over five years to meet climate goals. However, the company’s CEO, Jean-Sébastien Jacques, has said, “There is no clear pathway right now for the world to get net-zero emissions by 2050.”

Another difficulty is the unequal pace of progress in this area across the globe. For example, Ireland has what it deems “nearly net-zero buildings.” These new homes must be 70% more energy-efficient and produce 70% fewer carbon dioxide emissions compared to those built in 2005. Plus, energy analysts point out that net-zero buildings are not priorities for some Asian nations, and people there still see a future that uses coal.

However, if a person or company is genuinely interested in moving ahead with net-zero buildings, they must try to focus on what’s within their power to do. It’s impossible to make every resident or country promise to work towards a particular energy generation or emissions objective. Fortunately, committed people and brands can still make impressive progress through diligent dedication.

What Steps Can People Take Towards Net-Zero Buildings?

If a person is interested in living in a zero-energy home, they must decide what steps they’re willing to take to make that happen. One option is to work with a zero-energy builder who can either create a residence from the ground up or retrofit an existing one. Also, New York has a net-zero apartment complex called netZero Village. It could be a possibility for people who want to move into net-zero homes and are willing to relocate if necessary.

Another necessity is to decide whether the net-zero definition only extends to energy use or goes beyond. For example, some people bring other aspects, such as water and waste, into their zero-energy plans. In that case, a person has what’s sometimes called a net-zero-passive house. A passive house is not necessarily net-zero, but the term refers to making the house have as small of an ecological footprint as possible. As such, net-zero and passivity go together well.

Some local authorities also realize that it’s not feasible to expect commercial entities to meet a net-zero goal right away. In Pittsburgh, Pennsylvania, members of the city council unanimously passed a measure to make all of the area’s new or renovated government buildings net-zero ready.

In essence, that means they’ll meet a standard that enables using very little energy. Then, over a year, that usage is offset via a connection to an on-site or local energy source. Such an approach shows that city officials aren’t trying to do everything at once, but they’re laying the groundwork for meaningful, timely improvements.

Even if people are not at the point where they’re directly associated with net-zero buildings, they can still show their support for them. In September 2020, London will be the site for the world’s first Net Zero Festival, a gathering that brings people from various sectors together to explore how to achieve some of the energy goals set around the globe. Planning to attend could help interested persons stay in the loop about building practices and more.

What Is the Future for Zero-Energy Buildings?

As mentioned earlier, numerous nations have net-zero goals. However, they aren’t only focusing on buildings. In Serbia, a music festival’s campaign ultimately convinced the government there to plant one billion trees as part of a broader effort to reach zero carbon emissions by 2050. The structures that people live and work in will undoubtedly play key roles in the overall aims, too.

An industry analysis anticipates a 15.6% combined annual growth rate for net-zero-energy buildings around the world from 2019 to 2024. Several areas in Europe may become zero-energy districts, too.

A Net-Zero Building Is a Worthy Aspiration

It’s not realistic to expect the world to make a quick transition to zero-energy buildings. However, the examples here show that the idea is taking off globally.

Since many countries have set goals to reduce emissions, leaders will need to assess how buildings fit into their respective targets. Making a net-zero building requires extensive planning, but following through could have positive effects for this generation and future ones.