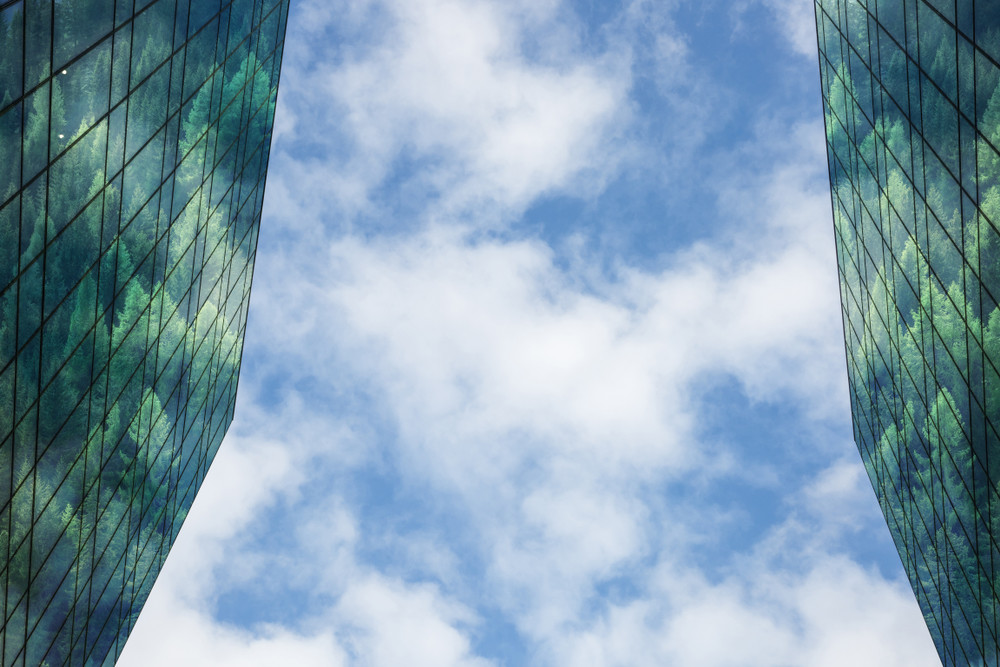 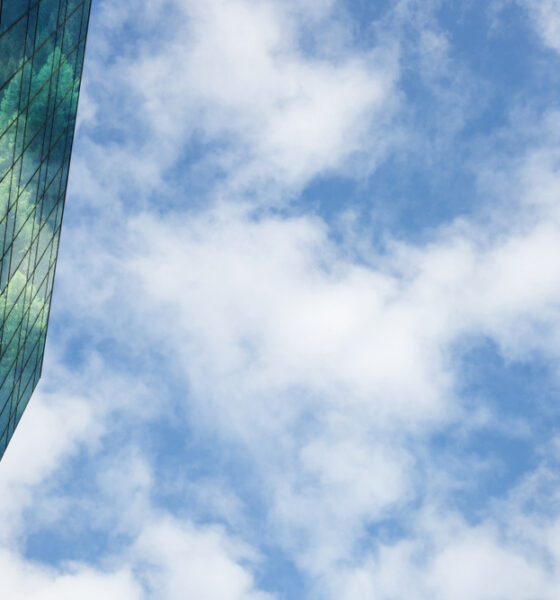 Wouldn’t it be fantastic if you walked into a room, and the temperature and lighting immediately adjusted to your needs and preferences? That’s already possible with some Internet of Things (IoT) technologies. What if the collective innovations resulted in a building that could operate safely without human intervention?

That’s the goal of self-sustaining buildings. In an ideal situation, they’d operate free from the electric grid and other sources of dependency. They’d also generate their own water and have a dedicated sewer system that doesn’t require community-based resources.

A renewable energy setup could mean that you could keep working even during an unexpected blackout. People in Germany have considered using renewables for that reason. And, there’d be no worry about the copier or another crucial piece of equipment breaking down without warning. The technology inside of the self-sustaining building would continually monitor for problems and give alerts before stuff stops working.

In short, self-sustainable buildings have everything they need to operate safely. Even better, they don’t drain resources. Some even generate them to give back to the surrounding area, too.

How Far Are Self-Sustaining Buildings From Reality?

We’ have sustainably designed buildings, as well as ones with numerous autonomous components. So, how long might it be before a building operates completely independently?

Dwight Stewart is the founder of a smart building tech company called Igor. His platform implements energy-saving technology, as well as artificial intelligence (AI). Stewart views his company’s technology as the first step towards autonomous buildings. More specifically, he thinks these automated buildings will happen through a gradual process.

In Grenoble, France, construction is underway for a project that should result in an autonomous building. Dubbed the Autonomous Building Citizen or ABC, this pioneering effort hopes to achieve mostly autonomous operation for water and energy, plus optimize waste management. Construction teams are reportedly relying on building information modeling (BIM) to make the project a reality.

One of the primary concepts of BIM is that all the stakeholders share the information associated with a project. Concerning ABC, BIM facilitated automatically pulling data from architectural models, too. This sped up and streamlined the overall process. Even the ABC building will not be fully autonomous, but the people involved with the project hope it’ll come as close to that milestone as anything has so far.

What Issues Could Self-Sustaining Buildings Fix?

Now that we’ve taken a look at the feasibility of self-sustaining buildings, let’s examine what issues they might solve. One broad possibility is that they could improve future urban development by making cities less resource-dependent. If a building uses precisely the resources it needs to run safely, thennothing gets wasted.

Moreover, these buildings could challenge developers to investigate options that use resources responsibly, such as self-charging batteries that harvest energy for later use. Energy harvesting technology could be especially necessary for helping things run smoothly in places like hospitals or assisted living facilities that get hit with storms. Otherwise, issues with prolonged power outages may arise.

Self-sustaining buildings could be constant problem-solvers, too. Equipment maintenance takes up substantial resources at some companies, particularly when people lose track of when it’s time to service an item. The products inside a self-sustaining building might have sensors that measure things such as how often an automatic door opens and closes on a given day and can tell when parts are about to fail.

In that situation, companies save money because they don’t get items serviced unless they need it, and urgent, after-hours technician callouts get eliminated. A piece of high-tech equipment may even go so far as to automatically order a necessary part and contact a maintenance worker to install it once the component arrives. That would cut out delays that happen between when a part comes in and the time that someone replaces the faulty one.

We should also ponder how self-sustaining buildings could promote the greater good. Since these structures have technology that pushes the boundaries of what’s possible, they could collectively inspire communities and countries to do away with less-sustainable ones, replacing them with more sustainable options.

Many investors and building professionals balk at spending money on untested technologies. But, self-sustaining buildings could make some tech more commonplace. As the associated innovations become more widespread, people could look at using it to reduce pollution or combat climate change. Even if societies don’t create self-sustaining buildings immediately, they can use eco-friendly technology that moves things in that direction.

Self-sustaining buildings may encourage occupants to live more sustainable lives, too. The wastebaskets in a self-sustaining building could track how much trash a person deposits into one during a given week, then provide tips on how they could transition to reusable items to minimize the garbage sent to landfills.

Having a healthy lifestyle also connects to sustainability. Some health care systems purposely make sustainability a priority. The goal is to improve public health without wasting resources.

Self-sustaining buildings could get built in places served by numerous bike routes and walking paths so that people can exercise during their commutes. They could address mental health issues by detecting depressed, stressed people. Jaguar Land Rover is reportedly working on such technology for its cars to make people calmer or more alert.

Could There Be a Negative Impact on the Job Market?

Whenever people discuss automation, they often weigh in about how smart technologies will progressively overtake jobs until robots and similar things can perform all the tasks humans now do and more. Low-skilled workers are typically the most at-risk for this outcome. For example, a self-sustaining building may not need housekeepers because it uses robotic cleaning equipment.

Or, if HVAC technicians only know how to work with traditional heating and cooling equipment rather than the kind that operates itself and alerts people to possible problems, those technicians may discover that their skills are no longer in demand as they once were. Upskilling could help, however, and people still have time to upgrade their knowledge. As mentioned earlier, self-sustaining buildings won’t appear overnight, but only as technology improves step by step.

Would People Be Open to Self-Sustaining Buildings?

Another question that individuals may ask themselves is if large enough segments of society would be on board with these futuristic buildings. They’ll undoubtedly be tremendously more expensive to build than a typical building but would likely pay for themselves over time. How difficult might it be to attract investor support?

People who live and work in a self-sustaining building may also feel a little uneasy. After all, you’ve probably experienced how technology is fantastic when it works, but things can quickly go wrong. A bug could make a self-sustaining building behave in strange ways. Even worse, hackers may see these buildings as appealing targets and try to break into the infrastructure.

Even though some automated building components exist, it’ll probably be a while before a building is so smart that it can sustain itself without humans. Even so, it’s necessary to think about what may happen now, so that we can prepare proactively.