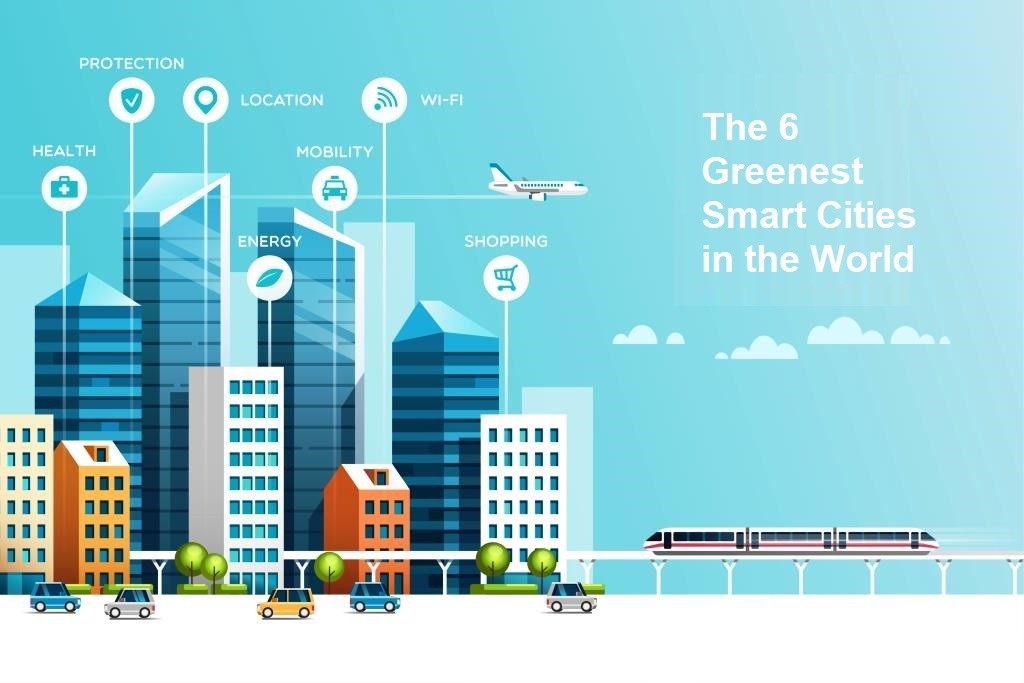 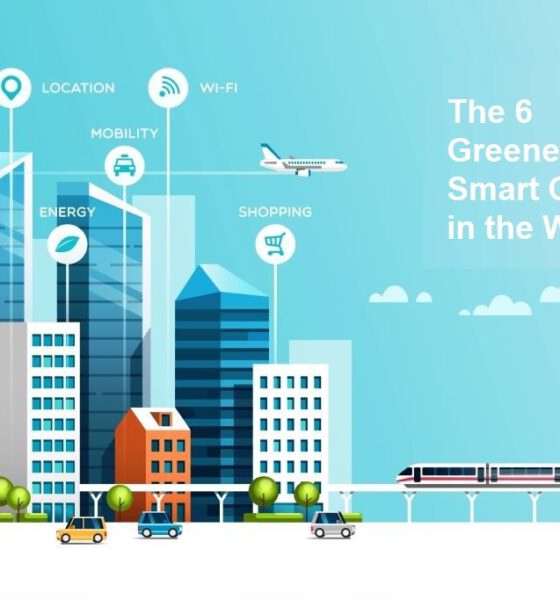 The 6 Greenest Smart Cities in the World

There’s an ever-present trend to make cities “smarter” by equipping them with sensors, automation and other amenities that improve their residents’ quality of life. And the good news for eco-minded people is that it’s increasingly common to make cities greener while also making them smarter.

Developers in Doha want to make the city’s downtown district one of the greenest and most connected in the world. To do so, they’ve focused on a 35-hectare section in which all the buildings are LEED-certified at the Gold or Platinum level. Plus, solar arrays on the rooftops generate energy, and underground roadways for passenger cars and service vehicles help keep the streets clear and encourage people to get around on foot.

The city’s developers claim Doha has the highest concentration of sustainable buildings that are wholly integrated into the smart city’s infrastructure. That’s because they evaluated both the smart and sustainable elements together instead of treating them as separate entities.

The Lusail Iconic Stadium is a highlight of smart innovations in Doha, and preparations are underway for championship-level soccer matches commencing there in 2022. Solar power-generating parking lots and state-of-the-art green cooling technologies are among the venue’s perks.

Stockholm is another city leading the way in both smart city advancements and sustainability. And, it’s taking a broad approach to make its gains, which involves optimizing both the city’s utilities and transportation.

For example, by installing sensors on utility supplies, the city has reduced heating and hot water consumption levels by 20%. Much of its improvement-based work involves retrofitting residential and commercial buildings with better insulation and adaptive control systems.

Plus, thanks to a central energy control center that gives energy and waste production data to customers upon requests, household members or business owners can get real-time updates on how their metrics change over time. This technology gives them the tools needed to make positive changes.

Another way Stockholm is working towards becoming the world’s smartest city by 2040 is by enhancing transportation. For example, the city has installed motion-sensitive LED lights on bike paths and connected lights to parking garages that tell people how many spots remain inside.

One of the priorities of Boston’s city planners is to create apps that allow citizens to be better involved by checking things like street conditions or their parking status. The city also holds frequent public forums about topics such as artificial intelligence (AI) and autonomous vehicles. That way, residents become more connected with the developments happening around them and feel that they have a stronger voice when giving input.

And, sustainability plays a prominent role in the planned $70 million renovations of the City Hall. Some of the features include numerous green spaces made better with the planting of 100 new trees, the installation of new LED lights and permeable pavement that soaks up stormwater during severe weather.

Boston officials are also involved in the Vision Zero Project, which seeks to end severe and fatal traffic crashes. An assortment of sensors will collect data from a designated intersection to get more details about how people use the area’s roads.

Many people already view Boulder as a forward-thinking place, especially since it’s earning a reputation as a tech hub. In 2018, the city was chosen as one of 22 destinations taking part in a program to investigate transportation options for smart cities. The year-long opportunity consisted of several interactive workshops and meetings with industry experts — all meant to help the participating cities develop smarter transportation solutions.

It’s easy to see how the results of such expertise could bring about smarter, greener transportation in Boulder. And, the city has other green initiatives underway.

For example, researchers at the University of Colorado at Boulder published work that evaluated how to optimize operations for smart cities that use renewable energy. While those scientists didn’t restrict their suggestions to Boulder, their advice could easily be applied there.

Cape Town stands out as one of the smartest cities in Africa, and one of the ways it does so is by its dependence on Internet of Things (IoT) sensors. In 2016, the destination was tapped as one of the leading places in the world implementing the IoT.

For example, it has drastically cut down on gun crime by implementing a relevant IoT firearm shot detection system.

In April 2019, Chicago’s city council members unanimously committed to using 100% renewable energy by 2035, making it the largest U.S. city yet to do so. Also, the council wishes to have the city’s bus fleets completely electrified by 2040. A dedicated sustainability team will develop a transition plan for helping the city reach the renewable energy goal and will release it for review by December 2020.

Part of Chicago’s smart city plan involves installing 500 sensors to measure everything from the sound levels to the amount of water in gutters or pooled on the streets. It’s helpful that the people aiding in Chicago’s smart city efforts have support at the federal and national level, both in terms of government funding and input from tech companies.

Also, a 12-week “Hacking House” collaborative recently launched in Chicago. It aims to bring people together to investigate how to apply IoT technologies to smart city initiatives. Thanks to this effort, Chicago’s smart city momentum seems set to continue — and there’s a good chance some of the projects that come about could facilitate sustainability, too.

While it’s impossible to include every sustainable smart city on one list, the places offered here give an exciting snapshot of what’s happening in smart cities around the world.

If such places succeed, more will likely follow their lead and look for ways to simultaneously become smarter and greener.